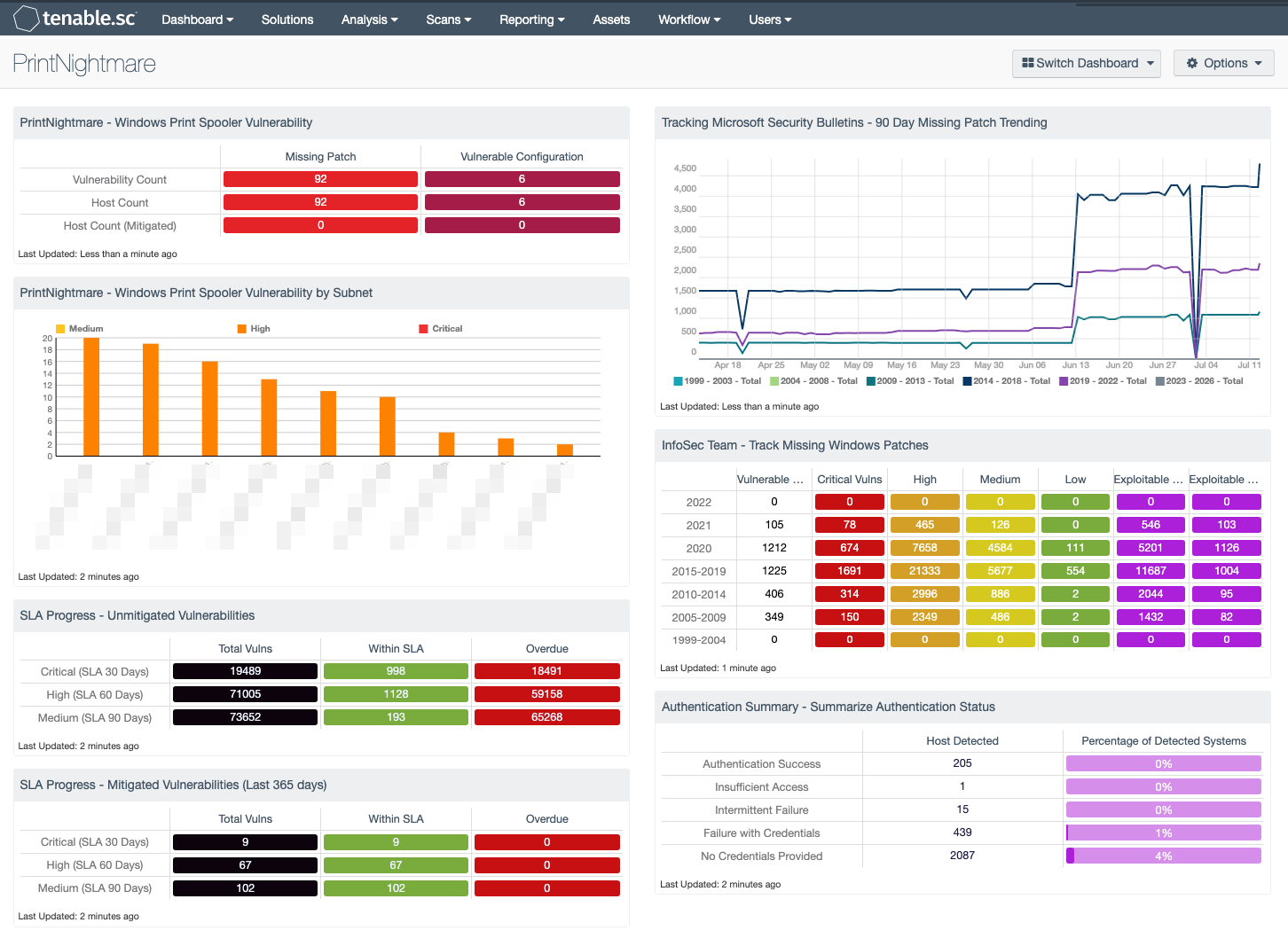 CVE-2021-34527 is an RCE vulnerability in the Windows Print Spooler Service, which is available across desktop and server versions of Windows operating systems. The service is used to manage printers and print servers. The vulnerability exists because the service does not handle privileged file operations properly. An authenticated, remote or local attacker, could exploit this flaw in order to gain arbitrary code execution with SYSTEM privileges.

Interest is rapidly growing. Since July 1, researchers have been diligently developing PoCs for PrintNightmare. Within a week there were at least 34 public PoC exploit scripts for PrintNightmare on GitHub. These PoCs include scripts that can achieve local privilege escalation (LPE) on a targeted system, as well as remote code execution. Previous PoCs relied on the Microsoft Print System Remote Protocol (MS-RPRN) to exploit PrintNightmare.

However, on July 3, a researcher going by the nickname cube0x0, developed a PoC called SharpPrintNightmare, which uses the Microsoft Print System Asynchronous Remote Protocol (MS-PAR) instead, which confirmed that PrintNightmare could be successfully exploited against servers and desktop systems as well as domain controllers. Subsequently, Benjamin Delpy, developer of the comprehensive post-exploitation tool Mimikatz, updated the software to add support for the PrintNightmare exploit using cube0x0’s method.

Microsoft Security Response Center released a blog post to announce that the cumulative patch released for CVE-2021-34527 also includes a new feature that provides users with the ability to allow non-administrative users to only install signed printer drivers which are trusted by “the installed root certificates in the system’s Trusted Root Certification Authorities”. More information on these enhanced security controls can be found in Microsoft KB5005010.

The Security Response Team (SRT) in Tenable Research works to dig into technical details and test proof-of-concept attacks when available, to ensure customers are fully informed of the risks. The SRT also provides breakdowns for the latest vulnerabilities on the Tenable blog. Tenable Research has released over 160,000 plugins and leads the industry on CVE coverage. Tenable's SRT team continuously works to help organizations prioritize and create remediation plans for the new threats, which often leaves very little time for reflection.

The Dashboard contains the following components:

Infosec Team – Track Missing Windows Patches : This matrix tracks missing Microsoft patches across the organization. InfoSec teams can quickly determine the number of missing patches and the severity, allowing them to determine where Microsoft patching efforts need to occur.

SLA Progress - Mitigated Vulnerabilities (Last 365 days): This matrix provides a summary of the mitigated vulnerabilities discovered over the past 365 days. The rows depict the time required to mitigate (30, 60, 90 days) and the CVSS severity level. The three columns illustrate the count of vulnerabilities across all systems.